After teaching on the life of Joseph for the past 12 years, God dropped a dream in my heart to narrate this incredible story. Come behind the scenes and discover the heart behind the man. On this journey you will meet the men and women who become his friends and some of his worst enemies: Kunté, Omár, Tolík, Myamáll, Nedjém, Neféret, Jabarí, Sekhét, Gamál, Nöur, Sét, and Lotán.Allow yourself to be transported back almost 3700 years to the time of the pharaohs. Through brilliant pencil sketches, beautiful songs, and inspiring poetry, immerse yourself into the life of Joseph and allow God to speak to you through this amazing son of Jacob. His story is our story. His suffering is our suffering. His destiny is our destiny. Join the journey of a lifetime. 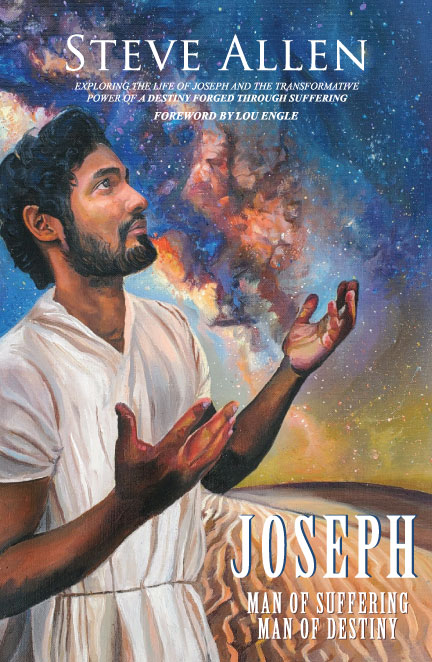 This biblical story of Joseph is not only masterfully written so that one’s attention is riveted to its pages, but it is written by a man of God who, like Joseph, has allowed his suffering to be turned into rejoicing and praise and hope and joy. Steve Allen is an amazing man of God, displaying what can happen as we surrender every circumstance of life to Jesus, never allowing any circumstance to destroy us or to take away hope. If we rein with Jesus, we are victorious. Steve is victorious. Joseph was victorious. All those years of suffering were essential for the character formation essential for his move into his intended destiny. No one is more qualified to share that story with us than Steve Allen. I recommend Steve’s Joseph story like few books I’ve ever read and guarantee that you will be uplifted and encouraged through the reading.

Don Finto
Pastor Emeritus of Belmont Church and Founder of Caleb Global
Author of Your People Shall Be My People, God’s Promise and the Future of Israel, and The Handbook for the End Times

Read Steve’s refreshing retelling of Joseph’s story. Drink in his wisdom, dream his dreams, and from your pit or your prison be prepared for a knock on the door to hear, “Pharaoh is calling!”

Often our theology today is far too shallow in that it doesn’t have room to know with confidence the goodness of God in the midst of the harsh realities of life in this fallen world. Difficulties and trials are faced by all, even Jesus' followers, and sometimes as a result of following Jesus. We cannot know Jesus better and live in the fullness of life He promised without “sharing in His sufferings.” I’ve never met anyone who has more authority in the Spirit to help us grow in this than Steve. Through knowing Steve for over three decades, my heart and mind are more convinced that Jesus is worth everything, even when life is really hard. If you want a faith that thrives in the real world, then reading Joseph will be an investment of your time and energy with a great return. 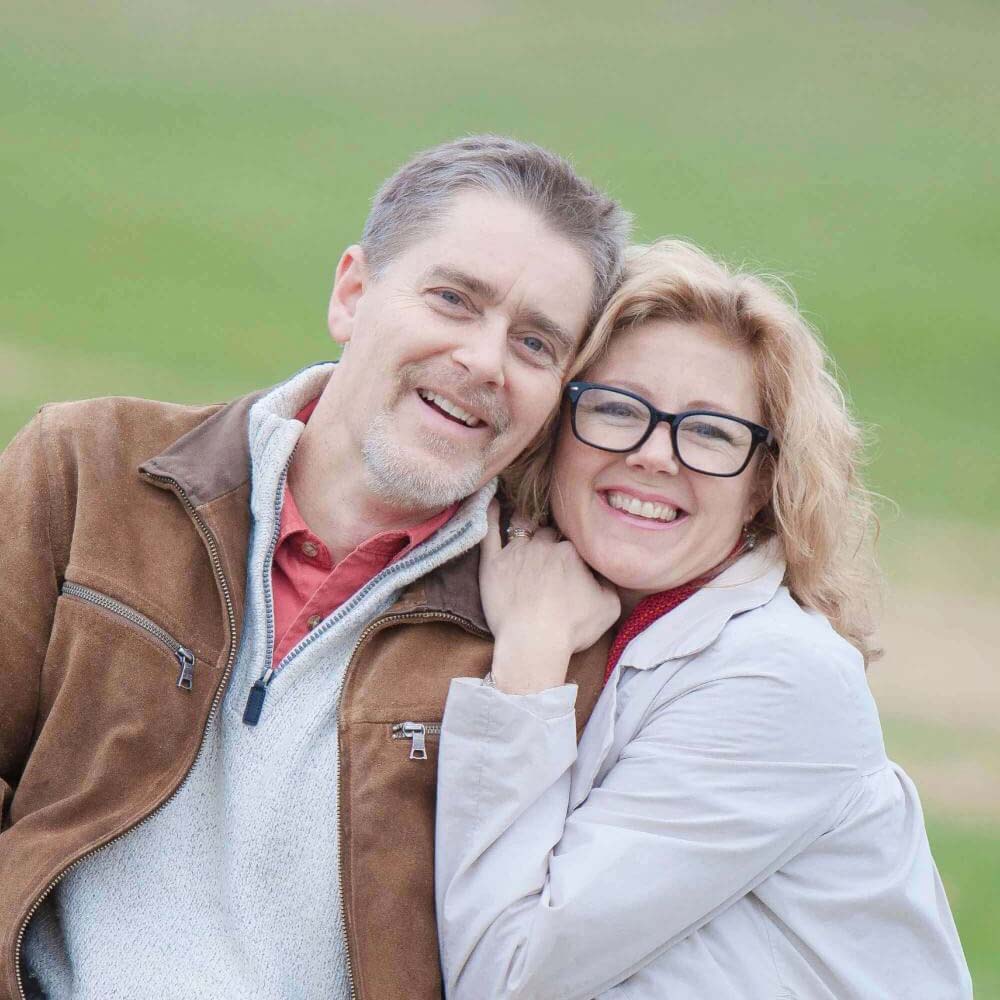 In this 40-day devotional journal, Steve Allen shares his story of confronting adversity when he was diagnosed with ALS-Lou Gehrig’s disease, in the prime of his life at the age of 48. Given 2-5 years to live, Steve had to confront death face on and decide what was most important in life. Using the lens of the life of the prophet Elijah, who experienced tremendous spiritual victory on the mountaintop and then was almost crushed by the enemy’s threats; Steve follows Elijah’s journey to the mountain of God-Mount Sinai where he comes face-to-face with his Creator. Join me on this journey as we learn from these men what it means to overcome life’s adversities and receive your assignment – God’s destiny for your life!

We see through a glass darkly,” the scriptures expressly declare. “We see in part and know in part,” but such truths shall never leave us license to despise prophecy; indeed, without such we are left to a soul-haunting hopelessness, telling us there are no unseen wings beating over us; there is no transcendent narrative to make sense of our seemingly futile storylines. Without a prophetic vision we run unrestrained, leaning on the broken arm of human reason, bereft of supernatural wisdom and spiritual affections.

Thus to dream dreams and see visions is a crowning human obligation if this life is to be rescued from the tedious boredom of a cause and effect fatalism not tinged by mystery and the divine. Dreams are the portals of Awe, the gateways of Heaven. To dismiss them as mere subconscious psychobabble stew or brew is to curse the divine spark that enlightens every heart and tells us we are more than we know. God has nothing to say to a cynic but endless things to the searcher of His vast storehouse of secrets and thoughts.

The life of the biblical character of Joseph is a wonder-filled starting point for rediscovering a journey into your life AWE-wakening. Two phrases in the book of Genesis frame the living drama of Joseph the dreamer: “Now Joseph had a dream…”, and “Then Joseph remembered his dreams.” Between the dream and the fulfillment of the dream is 13 years of betrayal, slavery, purity tests, false accusations, and a lonely languishing in prison. Life’s curveballs and curses, beatings and betrayals in our journey, like Joseph, are the curative and corrective crash courses, not electives, that frame and forge the character of the one who can bear the crown. Joseph lived his life under the shadow of a dominating prophecy. Joseph had a dream, but the dream had Joseph. It held him in his hopelessness and sustained him in his slavery. Yes, and in the end, the dream proved true. Oh, what an awesome God! We awe-wake from our nightmare into the daylight of a dream. “When the Lord restored the fortunes of Zion, we were like those who dreamed. Our mouths were filled with laughter and our tongues with shouts of joy” (Ps. 126:1).

What a better man and a better author to write this refreshing rendition of the story of Joseph than Steve Allen. As a mighty man of the Scripture, a missionary and mentor of many, Steve has lived his whole life under the tutelage of Joseph’s journey. Who better than to write this creative fresh telling of Joseph’s true testimony. But as often happens on our highways of commanding destiny, we are confronted by unexplainable sufferings and obstacles like Joseph. The great “Whys” and “How longs” become our conversational companions and no explanations from God are forthcoming. Steve, this man of vision and energy, has been confronted by and thrust under the body-breaking disease of ALS. No human help nor cure stands ready to reverse the slow, debilitating breakdown. Welcome the hope offered in Joseph. Many people can prophesy but true prophets become the embodiment of their prophecy. In some mysterious way, we are called to live out our life message so when we write our words or speak our verses, people don’t just read or hear; they partake of flesh and blood, and are thus transformed. “My words are spirit and life.”

Steve’s is a life of overcoming joy and faith. I’ve never heard him complain when he can barely move a finger. I think sometimes he’s memorized the whole Bible (smile). People’s lives are being framed and formed by his wealth of wisdom. And he and we believe that one day soon and even now he will remember his dreams like Joseph and awe-wake healed.

Read Steve’s refreshing retelling of Joseph’s story. Drink in his wisdom, dream his dreams, and from your pit or your prison be prepared for a knock on the door to hear, “Pharaoh is calling!”

Available to purchase in print and eBook. 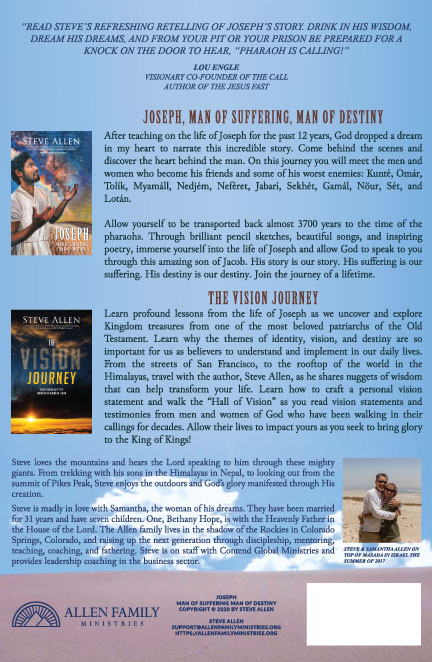